What is gene therapy?

Gene therapy involves correcting or replacing a defective or absent gene, to modify, cure or prevent a genetic disease

This includes treatment of a disease/ disorder, especially one caused by the inheritance of a defective gene, by replacing them with healthy ones using a vector for transfer.

Methods for genetic manipulation used in gene therapy are

Instead of introducing new genetic material into cells, genome editing introduces molecular tools to change the existing DNA in the cell.

CRISPR-Cas9 is an example. It is the simplest and most precise method of genetic manipulation.

Cells removed from the body are altered by introducing DNA using a viral vector. The altered cells are injected back usually by an intravenous (IV) infusion.

In this, new genetic material is created in a lab and delivered to the patient via vector which carries the new genetic code/information. The vector is injected in the blood, or directly in the target organ.

The most commonly used viral vectors are

At present, the utility of gene therapy is limited to research trials and very few are approved

Gene therapy for the treatment of malignancies

Majority of research is focused on this.

Want to read approach to IEM's?

The process of the direct delivery of the cystic fibrosis transmembrane regulator (CFTR) gene into respiratory tract epithelium cells as the target tissue is followed.

What are the hurdles in gene therapy?

What is Weisman's Barrier?

Weismann barrier was proposed by Weisman between somatic and germline cells. Hereditary information moves only from germline to body cells and not vice-versa. This protects the potential modification germline.

With gene therapy now this concept is challenged since it is possible to reprogramme somatic cells into pluripotent cells.

Regulation of gene therapy in India by ICMR

In case you want to dig deep into guidance on gene therapy products, here is the link

All gene therapies are considered research therapies. Somatic cell gene therapy is permissible for the purpose of preventing or treating a serious disease when it is the only therapeutic option. Germline therapy is prohibited under the present state of knowledge.
Children could be candidates for therapy if the therapy is meant for childhood disorders.

The journey of gene therapy has witnessed dramatic ups and downs in the field, Gene therapy is promising but very slow to develop.

There are several gene therapies approved in western countries and extensive trials are on the way.

Gene therapy has also attracted the interest of pharmaceutical industries which are trying to bring gene therapy upfront. While the stakes and risks in gene therapy are quite high, the outcomes can change the entire face of medicine. 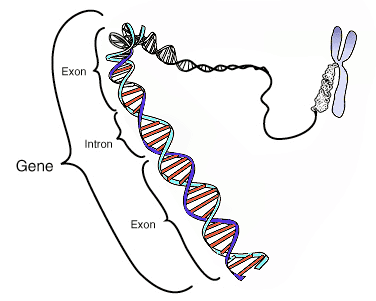 Avinash has completed DNB in Pediatrics after DCH, from CSI hospital, Bengaluru with further training in child rights law